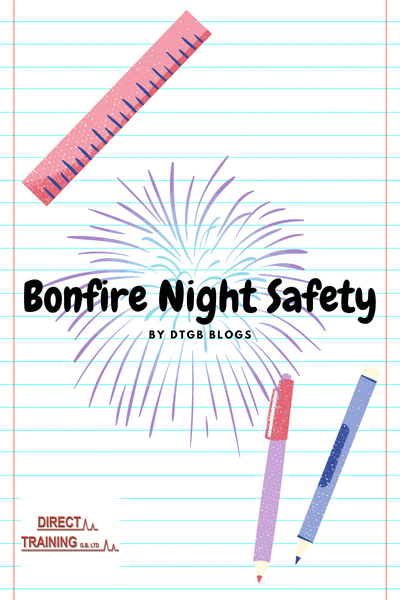 In England, the 5th November marks Bonfire Night. Bonfire Night (Also known as Guy Fawkes Day), commemorates the failure of the gunpowder plot of 1605. The gunpowder plot conspired to blow up the Houses of Parliament which would have killed everyone inside including the King. The plot was foiled and is still celebrated to this day as an English tradition. It is named Guy Fawkes day as the most famous conspirer involved was Guy Fawkes.

In celebration of the tradition, every year on the 5th November, families across England have/attend bonfire and firework displays. Whilst these bonfires and fireworks can be a fantastic spectacle, the nature of them makes them extremely dangerous. On average, 127 fires in homes and building fires in the UK are started by fireworks each year with the majority of firework or fire related injuries taking place at family or private parties.

The dangers that being irresponsible with fireworks pose are also highly punishable. For example, it is an offence to throw or discharge a firework in a street or public place. Doing this can be punished with prosecution and a fine of up to £5000. It is also an offence under the Explosives Act 1875 to tamper with or modify fireworks in any way. Another firework offence is letting fireworks off during night hours. These hours are between 11pm and 7am. Bonfire night (where 11pm becomes midnight) Is however an exception to this rule along with Diwali, Chinese New Year and New Year. On New Year the rule moves to 1am.

Bonfire Safety
Lots of people use bonfires as a way to dispose of garden waste whilst also using them for the traditional celebration. If you choose to do this, here are some simple tips to ensure that you, your property and others are safe this bonfire night:
1. Only burn dry material as damp material causes more smoke.
2. Build the bonfire away from anything flammable such as sheds, trees and fences.
3. Check that no cables run directly above the bonfire, this includes telephone wires.
4. Do not use petrol or paraffin to get the fire going as it may get out of control quickly.
In case of an emergency, keep a bucket of water or a garden hose nearby. Never leave a bonfire unattended and ensure that children and pets are kept away from it at all times. When lighting the fire, never throw any fireworks into the fire and do not burn tyres, aerosols, canisters or anything that contains foam or paint as many of these produce toxic fumes and some containers may even explode. When you want to put the fire out, spray it with water once it had died down as this will prevent it from re-igniting.

Firework Safety
There are lots of key safety tips to abide by when buying and using fireworks. A key example of this is to only buy fireworks which have the CE mark. When you are using fireworks, ensure that you closely follow the instructions included and when fireworks are not being used ensure that they are stored in the box.

Sparklers can burn at 15x the temperature of boiling water. This is why when you are using them you must use them one at a time and always wear gloves. Children should be supervised at all times whilst using sparklers and sparklers must never been given to any child under the age of 5.